About the State Patrol Cadet/Trooper

A Day in the Life of a Cadet

The Colorado State Patrol is a quasi-military Agency and its Academy is the starting block for this way of life.  The Academy consists of four phases.  During phase one, Cadets will become acclimated to the Colorado State Patrol way of doing business.  Cadets are required to stay on campus from Sunday night through the end of that week's classes (usually Thursday or Friday.)  Phase two consists of military bearing.  Pending the progress of the Cadet class during phase three where they are learning discipline, Cadets will be allowed to go home in the evenings after the last scheduled class.  There are no real differences between phase three and four other than the atmosphere begins to become more relaxed and Cadets are in independent study.  Staying at the Academy is optional after phase two, dependent upon the proximity of where your home is located.  The Cadets' Academy training is ever evolving and geared towards putting the highest trained Troopers on the roadways of Colorado. 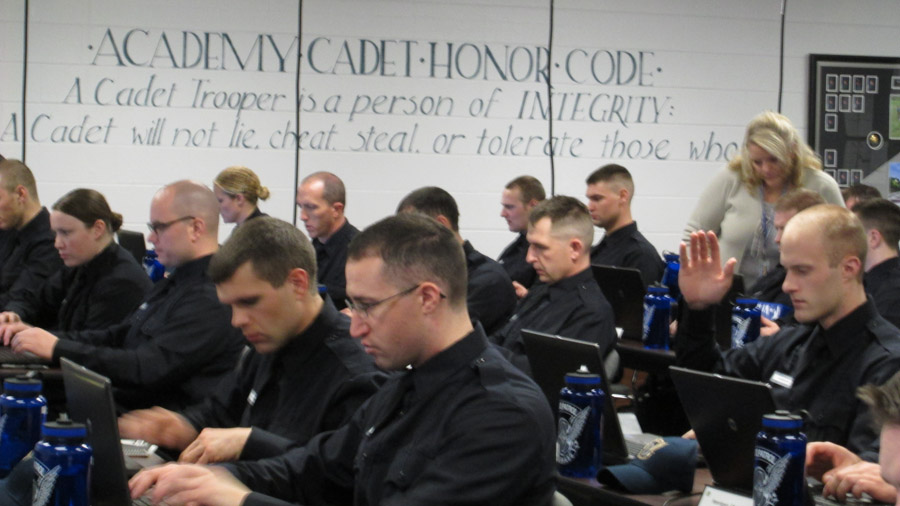 The Cadets have physical training four days per week and staff instructors supervise each of these sessions.  The physical training starts with a warm up and then moves to a workout of the day (WOD.)  Workouts last approximately 20 – 30 minutes and the Cadets learn their physical limitations as well as teamwork concepts during their WOD.

Classes generally start at 0700 and can be either in a classroom or at one of the locations where skills training will be conducted, i.e., drive track, shooting range or the gym.  During the day, Cadets will get a short break each hour and will stay in class until lunch.  Cadets will form up as a class and go to lunch.  Cadets will be required to report to the drill hall (gym) on pre-determined days to drill.  Drill is marching in formation and it helps the Cadets by instilling discipline, building teamwork and teaching them to follow commands without question. Drill at the State Patrol Academy is conducted by staff drill instructors. 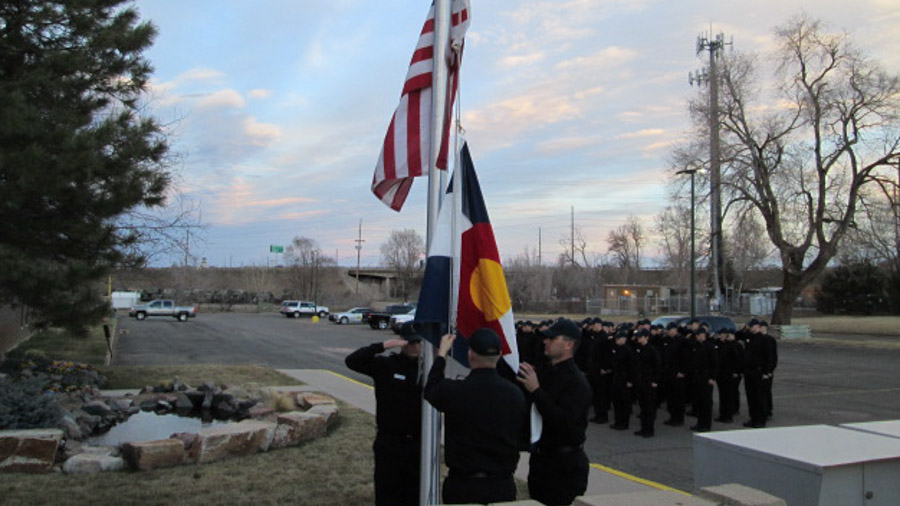 As a rule, training continues until just before dinner.  At that time, Cadets will fall out for evening colors and then into meal formation.  Evening classes and mandatory study groups will at times be ordered during all four phases.