The Patrol's goal with respect to DUI/DUID crash reduction was not met, the agency experienced a statewide increase of alcohol and drug caused injury and fatal crashes by 6.9 percent, instead of the 10.0 percent reduction called for in the 2014 Strategic Plan. 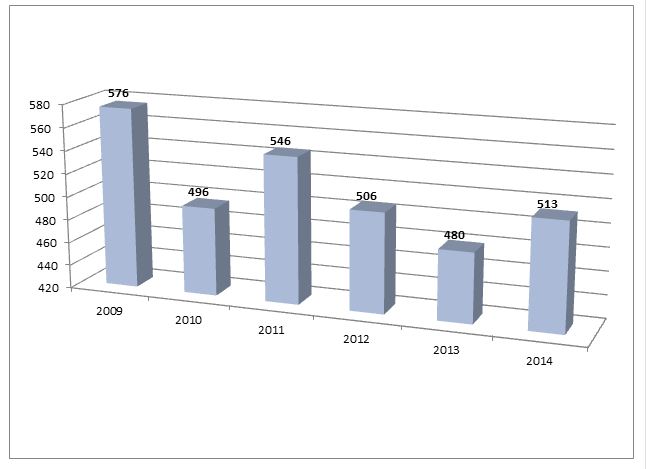