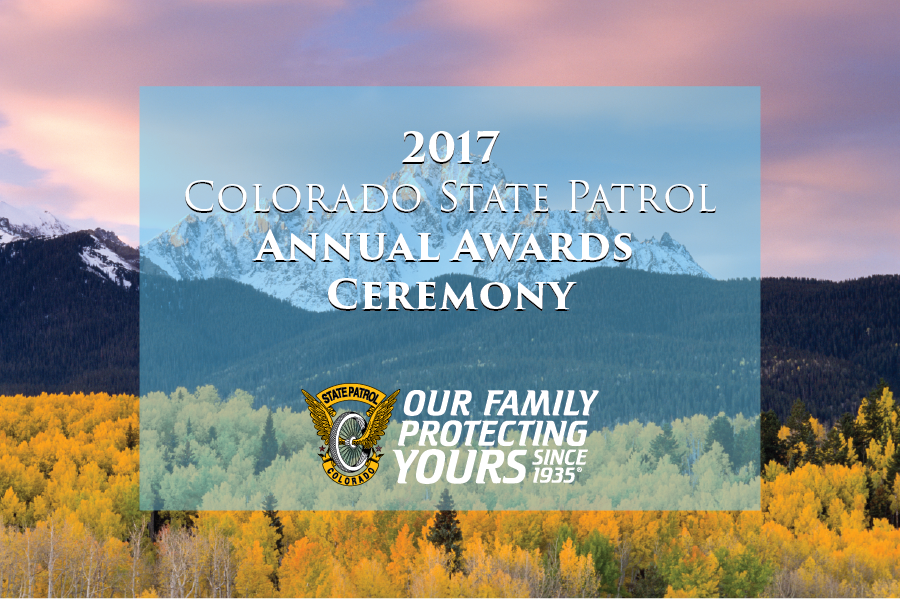 The members of theColorado State Patrol work hard to serve and protect the citizens of Colorado every day. Each year, the Colorado State Patrol acknowledges some of these individuals and their efforts. Through a peer nomination process, the following members are recognized for demonstrating outstanding work performance, initiative, leadership, character, integrity, and whose actions or performance significantly exceeded expectations as they exemplified the State Patrol\'s Core Values of Honor, Duty, and Respect. 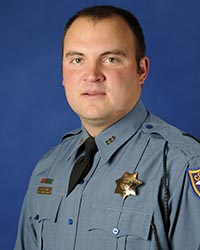 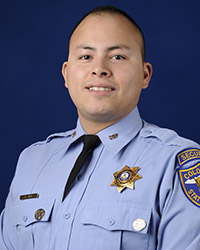 Beginning his career with the Colorado State Patrol in August 2013, this Year‚Äôs Supervisor of the Year was quickly identified as a dedicated and professional individual. His skills were evident and as he quickly promoted to managing the Security Officer Field Training Program, tracking all security officer training and handling all related paperwork. He has successfully trained four Security Field Training Officers to ensure the standards of the position are upheld. Not only is he dedicated to his team and the Executive Security Unit, he is involved in the community. He was recently involved in an event for special needs children were he worked with the Adams County Troop to have a Trooper attend the event to further the community engagement of the State Patrol. He understands the importance of building community relations and strives to ensure the reputation of the State Patrol is showcased at each opportunity. He is a respected leader of the security officer team and can often be found working the security checkpoints with the officers. He has also serves as part of the security officer recruiting program, attending recruiting events and the Youth Academy in order to seek out the best applicants possible for the security officer position. He continues to stand out among his peers and is ready to take on any task or assignment. 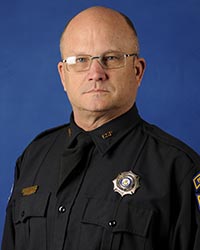 John Heyne is dedicated to keeping the roadways of Colorado safe and constantly remains vigilant for unsafe commercial vehicles and commercial vehicle drivers. He has a strong desire to perform his duties to the best of his ability and to educate the general public, his co-workers and members of other law enforcement agencies to keep them up to date on rules, changes and trends in the commercial vehicle industry. During 2017, he conducted 519 Level III Inspections during the course of his duties and over one - quarter of those drivers were prohibited from continuing down the road. In 2017, he furthered the Colorado State Patrol mission by helping to remove three impaired commercial motor vehicle drivers from the road. He has voluntarily become involved in the Truckers Against Trafficking (TAT) program and requested to be trained in all aspects of being a Mobile Officer in Charge, enrolling in a formal mentorship for this position. This additional duty is voluntary and results in more responsibility, more time commitment and a higher level of engagement for no additional compensation. He displays excellent customer service skills as he is always willing to help out supervisors and co-workers in any way possible. He maintains a vigilant awareness and a commitment to keeping our roadways safe that is far above the normal expectations of a port officer. He is continuously alert for unsafe drivers, willing to help out as needed, eager to educate the general public and can\'t wait to get to work in the morning, often asking to come in earlier than scheduled as that is when he has the best chance of "catching another DUI!" 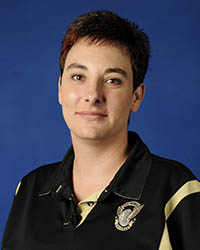 2017 Communication Officer of the Year

Angela Waalraven is a true leader as she is often observed not only serving the public, but also assisting in the professional development of individuals, teams, and ensuring the achievement of the Colorado State Patrol mission. Recently recognized as a Team Lead, she is an excellent dispatcher, a Communications Training Officer and Terrorism Liaison Officer. She receives compliments on her excellent customer service provided to troopers and from citizen callers. She teaches her trainees the correct way to dispatch per policy with officer safety as the most important aspect of her work. She shows great patience when training new hires and imparts them with the skills they will need to do the job correctly. She is also integral in the TLO program keeping her center apprised of officer safety issues and information. She has been recognized on six separate occasions for her leadership within the past year. With her knowledge, skills and abilities, she consistently ensures that the center‚Äôs operations are run smoothly, even if this means adjusting her schedule to cover unexpected absences. She has positively impacted many lives and brings honor upon herself, the Colorado State Patrol and citizens who are calling for our help. Her exemplary dedication to saving lives each day is commendable. 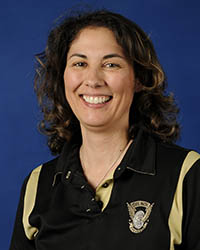 Stephanie Chataignier has been instrumental in coordinating, writing, and gaining policy collaboration from all six communication centers during the Commission on Accreditation for Law Enforcement Agencies (CALEA) review for the Communications Branch. This required the agency to examine all aspects of the Colorado State Patrol‚Äôs policies, procedures, management, operations and services regarding the communications function. She was tasked with the review of all aspects of the communications branch operations and determine if current procedures were within the CALEA standards and properly documented. The process was long and required an expert level of organization and thoroughness. She worked with the various regional managers to ensure the requirements were met to achieve accreditation. There were 213 CALEA standards met and more than 500 proofs provided to assessors. The results of the assessment were exceptionally favorable. This marked a special occasion for the organization, and one that was not easy to achieve. Her dedication and commitment to excellence over the past several years would not have been possible without an amazing amount of hard work and attention to detail. This was completed in addition to her regular duties of training coordination and background investigations.