The Colorado State Patrol is proud to recognize our legacy of excellence in our communities and the leadership which has propelled our organization to success since our origin in 1935. We are proud to honor our distinguished list of former Chiefs for their dedication and leadership. Each member served as a valuable resource to the Patrol by helping to create the solid foundation that our organization has continued to be built upon.

This page is dedicated to the former Chiefs of the Colorado State Patrol in sincere appreciation for serving in this vital role.

Patrol Supervisor Joseph J. Marsh was the first Patrol Supervisor or "Chief" of the Colorado State Highway Courtesy Patrol. He was born in Georgetown, Del., on September 26, 1904. He became a resident of Colorado in 1909 when his family moved to the state. He graduated from East High School in Denver in 1923. He was a graduate of the University of Colorado, School of Business and Administration in 1927. 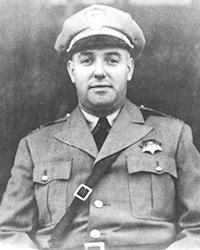 Colorado State Patrol's second Chief, Gilbert R. Carrel was a member of the original Colorado State Courtesy Patrol. Chief Carrel was stationed in Denver during the first years of his Patrol career. In February 1936, he was promoted and transferred to Grand Junction as the Troop District Captain. In 1938, he was promoted and transferred back to Denver as the Deputy Chief under Chief Marsh. 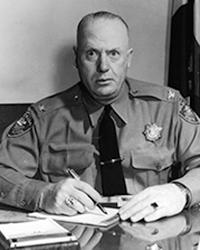 Chief Carrel served during World War II, entering the military in a Seabee unit. During the Guam assault he was involved in the reconstruction of the facilities. While stationed in Guam, Marine officials had become alarmed at the high traffic death rate being amassed by the military personnel on the island of Guam. An average of ten military personnel were being killed each week on the island in traffic deaths. The military commanders had become aware of Chief Carrel's traffic experience. They transferred him into service with the Marine Corps, and tasked him with resolving the traffic problem. Chief Carrel went to work signing the highways and training 400 MPs as traffic officers. When this operation went into action it took one month for the death rate to drop to zero. In cooperation with Teller Ammons, a former Colorado Governor who was an Army Major on the island, they wrote a traffic code based on Colorado's traffic laws.

In February of 1946, Chief Carrel returned to his Patrol job as Deputy Chief. On May 15, 1947, he was appointed as Chief of the Colorado State Patrol. Chief Carrel retired from the State Patrol at the age of 66 after serving the Department for 36 years.

Colorado State Patrol's third Chief was born November 18, 1921, in Grand Junction, Colo. He graduated from Grand Junction High School in 1940. During World War II Chief Keith enlisted in the Infantry Unit of the Army and was stationed in the South Pacific. Chief Keith’s service with the Patrol began in 1946, at the Port of Entry in Limon. In 1946 he was assigned as the first Highway Patrol Officer in Steamboat Springs. In 1947 he transferred to the Montrose office. 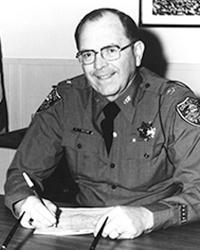 Chief Keith took a three-year medical leave from the Patrol due to the realization that he had contracted a form of tuberculosis during his wartime duty. In 1952, Chief Keith was reinstated to the Patrol, and was promoted to Corporal in Montrose. In 1957, Chief Keith attended the Northwestern University Traffic Institute. He was then promoted and transferred to Headquarters in the Education and Safety Division as a Lieutenant. In 1962, he was promoted and went back to the western slope, this time as a Captain in Grand Junction.

Chief Dempsey was the fourth person to serve as the Chief of the Colorado State Patrol. He was born September 4, 1940, in Baltimore, Md. Chief Dempsey grew up in Chase, Md and graduated from Baltimore’s Kenwood High School in 1958. He later came to Colorado where he was employed at Martin Marietta Corporation as a Titan Missile mechanic and was an active recruit working with the Littleton Police Department. 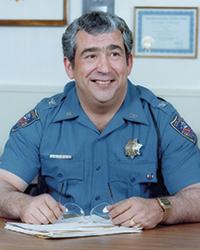 Following the retirement of Chief Keith, Chief Dempsey was appointed as Colonel of the Colorado State Patrol on March 21, 1983. During his tenure with the Patrol, Chief Dempsey attended many schools, notably among these were Northwestern University, the National FBI Academy, and the prestigious National FBI Executive Institute. He was a member of many professional organizations and served as the General Chairman of the IACP Western Region and was a member of the IACP’s Board of Directors while serving as the General Chair for the State and Provincial Division.

The fifth Chief of the Colorado State Patrol was Chief Lonnie J. Westphal. Chief Westphal was born on October 11, 1947 in Cherokee, Iowa. He graduated from High School in Sutherland, Iowa in 1965.

In 1969, he earned his Bachelor of Science degree in Business Administration from Colorado State University. 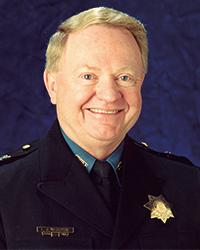 In 1970, he served his country in the U.S. Navy as a Romanian Linguist at the National Security Agency. In 1983, he achieved his Master’s degree in Public Administration from the University of Denver.

During his career with the Colorado State Patrol, Chief Westphal achieved numerous accomplishments. He graduated from the National Executive Institute of the Federal Bureau of Investigation in September of 1988. He also graduated from the John F. Kennedy School of Government for Senior Executives at Harvard University in July of 1999.

Chief Mark V. Trostel is a third generation Colorado native. Graduating from Fort Lupton High School in 1973, he earned a wrestling scholarship to attend Fort Lewis College in Durango, Colo. There, he earned a Bachelor of Science degree with a Major in Biology. 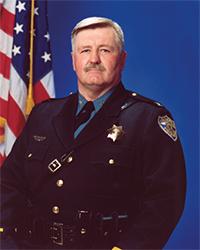 He graduated from the FBI's National Academy in Quantico, Va. (NA-184), attended Northwestern University’s School of Police and Staff Command (SPSC-34), the University of Colorado Rocky Mountain Program, and Harvard University's JFK School of Government in 2003.

Having the opportunity to serve on various law enforcement boards across Colorado and the nation during his tenure with the Colorado State Patrol, the Chief has served as the 2003 Region IV President for the American Association of Motor Vehicle Administrators (AAMVA), the former Chair of the AAMVA International Law Enforcement Committee. He served as a member of the International Association of Chiefs of Police Highway Safety and Vehicle Theft Committees and was also a past board member (Commissioned Officer Representative) of the Association of Colorado State Patrol Professionals, Past President of the Four States Peace Officers Association, and Past President of the Western Colorado Peace Officers Association.

Chief James M. Wolfinbarger grew up in west Denver where he graduated from Green Mountain High School in 1988. He then attended and graduated from the University of Northern Colorado earning a Bachelor of Arts degree in Speech Language Pathology. He is married and has two children. 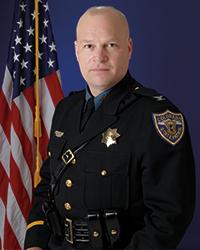 A 17-year veteran of the Colorado State Patrol, Chief Wolfinbarger joined the Patrol in 1995. He served throughout the Denver metro area and Western Slope before becoming a commissioned officer and rising through the ranks to become Chief. After graduating from the Academy, he was assigned to the Adams County Troop (1-D) in north Denver. In 1997, he was assigned to the District One office as a Community Resource Officers (CRO) before returning to Troop 1-D as a Corporal in November 1998. In May 1999 he promoted to the rank of Sergeant and was assigned to the Grand Junction Troop (4-A), promoting again in July 2001 to the rank of Captain and assigned to the Public Affairs Section at Denver Headquarters. In January 2004, he gained the rank of Major and led the Patrol in the areas of Homeland Security, Training, Motor Carrier Safety, Hazardous Materials, Criminal Investigations, Aircraft, Motorcycle Operations, Victim's Assistance Unit, Public Affairs and Information Technology. In December 2007, he promoted to the rank of Lieutenant Colonel, assigned to Headquarters as the Southern Region Commander of Field Operations, and on February 27, 2009 he was promoted and became the seventh Chief (Colonel) of the Colorado State Patrol.

Chief Wolfinbarger is a graduate of the 225th Session of the FBI National Academy, the 33rd Session of the FBI National Executive Institute, the 2012 Atlantic Leadership in Counter Terrorism (LinCT), and the 176th Session of Northwestern University School of Police Staff and Command. Chief Wolfinbarger has attended the Anti-Defamation League National Counter-Terrorism Seminar in Israel, as well as the Anti-Defamation League Advanced Training School (ATS) in Washington D.C. He has also served as a Board Member for the Colorado Regional Community Policing Institute (CRCPI) from 2004-2006, and as a member of the Board of Directors of the Brain Injury Association of Colorado (BIAC) from 2003-2006. In addition, he is a member of the International Association of Chiefs of Police, the Colorado Association of Chiefs of Police, County Sheriffs of Colorado, and the Rocky Mountain Chapter of the FBI National Academy Associates.

Chief Wolfinbarger ended his term in 2013. 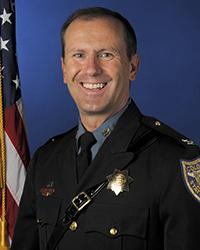 Chief Hernandez led the Colorado State Patrol in many new initiatives. Within the first year, his leadership included formalizing the agency's implementation of the Fair Labor Standards Act (FLSA), bringing Fair and Impartial Policing training to all members of the CSP and facilitating the creation of a manpower allocation model. Chief Hernandez also led the development of the CSP Education Program, the improvement of Cadet hiring practices and furthered the agency's The Commission on Accreditation for Law Enforcement Agencies, Inc. (CALEA) accreditation to the Communications Branch and Training Academy, making the Colorado State Patrol the one of the few state law enforcement agencies to earn this prestigious tri-arc award.