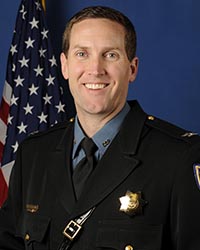 Colonel Matthew Packard started his career with the Colorado State Patrol in 2000 where he first worked with the facilities management group prior to starting his training to become a Colorado State Trooper.

After graduating from the training academy in 2000, he was assigned as a field trooper in Castle Rock, Colorado. He transferred to the Accident Reconstruction team in 2002 where he served until his promotion to Sergeant in 2006. As a Sergeant, he held assignments in Trinidad as a field supervisor as well as the Homeland Security Section, where he served as the Deputy Director of the state's nationally recognized fusion center. In 2010, Packard was promoted to Captain and assigned to the Hazardous Materials Section. He was promoted to the rank of Major in 2012 assigned to the Criminal Investigations Branch before transferring to be the District 1 commander in 2014, where he led field operations in the greater Denver metropolitan area as well as the Executive Security Unit. He was promoted to Lieutenant Colonel as the Region 3 Commander in February of 2017, where he oversaw the agency's communications branch, training, public outreach, media relations, headquarters and grants related functions. On December 19, 2017, Colonel Matthew Packard was named the 9th Chief of the Colorado State Patrol.

Colonel Packard has maintained a commitment to member wellness and service. He firmly believes in order to serve at the highest level, the men and women of the Colorado State Patrol must be well. Colonel Packard is devoted to providing members with the resources they need to be successful in both their personal and professional lives. As Colonel Packard leads the organization of more than 1,200 members serving in various roles, he believes in the importance of the agency's guiding principles of member empowerment, visibility, and engaging the communities we serve.

Colonel Packard is married with three children. He enjoys spending time with friends and family doing just about anything outside in Colorado as well as competing on basketball and volleyball courts. Colonel Packard graduated from Chatfield Senior High School in Littleton before attending the University of Northern Colorado, where he earned a Bachelor's Degree in Business Administration with an emphasis in Accounting. Colonel Packard is a graduate of Northwestern University's Center of Public Safety School of Police Staff and Command session #357. Colonel Packard also serves as a board member of the International Association of Chiefs of Police as well as a commissioner for the Commission on Accreditation for Law Enforcement Agencies (CALEA).

Each Executive Command Staff member brings a vast array of knowledge and dedication to the Colorado State Patrol. The organization is comprised of the Chief of Staff and three Lieutenant Colonels. It is organized into two regions, each region is commanded by a Lieutenant Colonel. A region is comprised of several districts and branches, or with specific sections within the organization of the Patrol. 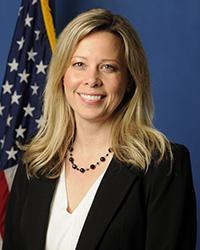 In June 2020, Sarah Allen was named the Colorado State Patrol’s first Chief of Staff, making her the first non-sworn member of the executive command staff in the agency’s history. A member of the CSP since 2008, Sarah has experience in the field of organizational administration, strategy development and implementation, long-term budget planning, communications, project management, and intelligence analysis. Sarah has been an integral part of the CSP’s strategic planning process and has facilitated the agency’s change management efforts based on both leadership expectations of performance as well as employee and public opinion survey results.

Sarah received a Bachelor of Psychology and Masters of Forensic Science from the University of Colorado, Colorado Springs and a Graduate Certificate in Industrial and Organizational Psychology from the Chicago School of Professional Psychology. Sarah currently holds a project management certification and is a member of the Project Management Institute (PMI). 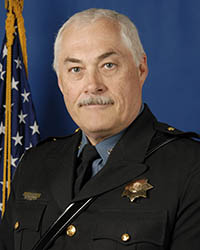 Lt. Colonel Barry Bratt has more than 30 years of experience in law enforcement and currently serves as the Region One Commander for the Colorado State Patrol.

Lt. Colonel Bratt has previously served as the District Four Commander where he oversaw Patrol operations for Northwestern Colorado, which includes 11 counties with a combined population of over 304,000 people and nearly 23,000 square miles. Prior to that, he was the District Five Commander in Southwestern Colorado, which is comprised of 17 counties with a combined population of 219,000 people and over 23,000 square miles. He has also served as the Captain of the Patrol's Homeland Security branch, the Troop 4C Commander in Glenwood Springs, the Sergeant in charge of Motorcycle Operations, and as Trooper in both Motorcycle Operations and Troop 1D in Adams County.

Prior to the Colorado State Patrol, Lt. Colonel Bratt worked for the Westminster Police Department.

Throughout his career he has had the opportunity to manage and supervise a multitude of special events ranging from small community events to large gatherings encompassing multiple days and locations to include, the 2002 Olympic Torch Relay, Presidential escorts, Air Shows, the inaugural running of the USA Pro Cycling Challenge in 2011, and the 2015 World Alpine Ski Championships.

Lt. Colonel Bratt currently serves as the Chairperson of the Colorado Law Enforcement Memorial Committee. He has been a past President of both the Western Colorado Peace Officers Association and the Four States Peace Officers Association and is the past Chairperson of the State Traffic Records Advisory Committee. He has served as a subject matter expert for the NHTSA Model Minimum Uniform Crash Criteria 3rd, 4th, and 5th editions, as well as the NHTSA Model Performance Measures for State Traffic Records Systems. Barry also chaired the Strategic Highway Safety Plan, Data Emphasis working group in 2014. He has served as part of the Northwest Incident Management Team as an Incident Commander as is State of Colorado Certified as a Type 3 Incident Commander. Barry is a graduate of Session 263 of the FBI's National Academy and Northwestern's School of Police Staff and Command. 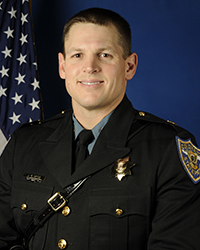 Lt. Colonel Jon Barba began his career with the Colorado State Patrol in July 1997. His first duty station was in Boulder County, Colo. He later served as a Trooper and Technician at the Patrol's Training Academy. He was promoted to Sergeant in the Operational Development Section and then to Captain in the Smuggling Trafficking and Interdiction Section. He later transferred back to the Training Academy before being promoted to Major of the Operational Services Branch. He then transferred to District 3, Northeastern Colorado. On Dec. 1, 2019, Barba was promoted to Lt. Colonel and assigned Region 1 which includes field operations.

Lt. Colonel Barba has had the opportunity to be involved with a number of special events including the 2008 National Democratic Convention and was the incident commander for several Colorado Classic Professional Cycling Races. Lt. Colonel Barba has held many leadership roles throughout the organization and has sat on a number of committees including the Governor's Tow Rate Task Force and the MOST Committee.

Lt. Colonel Barba is a Colorado native and married with one child. He enjoys showing livestock with his family, cheering for the Denver Broncos and coaching Jiu Jitsu. 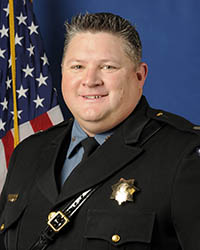 Lt. Colonel Joshua Downing began his career with the Colorado State Patrol in July 1998. His first duty station was in Golden, Colo.. He later served as a Trooper and Corporal in Weld County, was promoted to Sergeant and then Captain both in the Hazardous Materials Section, promoted to Major of the Staff Services Branch, and then transferred to the Training Services Branch. On February 1, 2018, Downing was later promoted to Lt. Colonel and assigned Region 1 which includes field operations and the Communications Branch.

Lt. Colonel Downing has played a critical role in the advancement of technology, policy, training and accreditation for the Colorado State Patrol. Lt. Colonel Downing has held many leadership roles throughout the organization, providing him an advantage to understanding the many intricacies of business processes across the Patrol.

Lt. Colonel Downing has served as an instructor for the Leadership in Police Organizations (LPO) program, a chairman for the Commercial Vehicle Safety Alliance Level VI program and held numerous other positions on committees that have a national impact on the law enforcement community. Lt. Colonel Downing was recognized with the Citizens Appreciate State Troopers (C.A.S.T.) Award in 2002, and is an alumni of Colorado Mesa University in Grand Junction, Colo.

Lt. Colonel Downing is a Colorado native and married with two children. He enjoys spending time with his family, friends and coaching football.