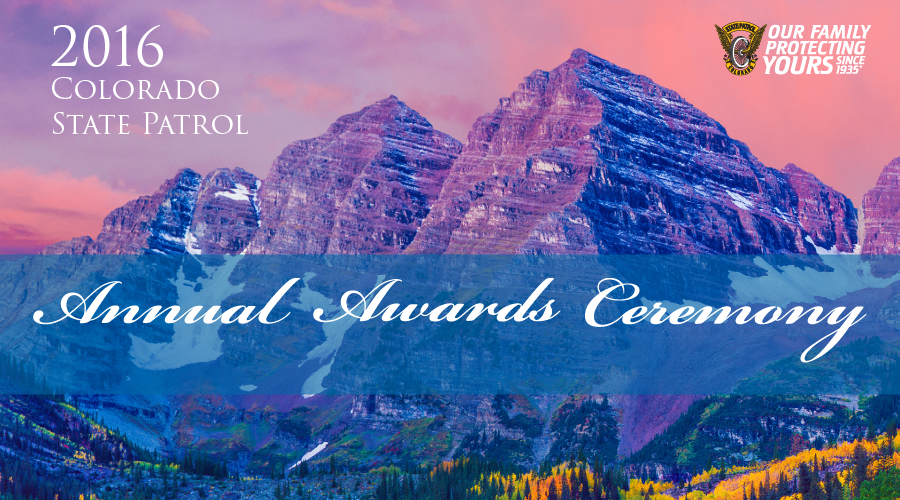 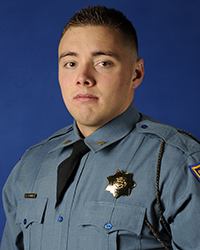 Trooper Matthew Bowman's dedication to impaired driving enforcement is second to none. While still early in his career, his dedication and drive have yielded the work of a Trooper with many more years of service. He became a Drug Recognition Expert with less than two years of service and has utilized those skills and knowledge to impact impaired driving in the San Luis Valley in a multitude of different ways. Last year he arrested 47 drivers that were under the influence of either drugs or alcohol prior to them having the chance to injure or kill someone else in a crash.

Trooper Bowman knows the value of partnerships and has aided the surrounding law enforcement agencies of the San Luis Valley with his knowledge of impaired driving detection countless times throughout the year., He has responded to assist fellow law enforcement officers in their efforts to remove drunk and/or drugged drivers from our state\'s roads, which may have otherwise gone undetected without further assistance. He takes these opportunities to further excite other officers in the area of impaired driving enforcement, while at the same time conveying valuable skills in detecting the signs exhibited by an impaired driver.

His enforcement efforts don't stop with the impaired driver., Not being content with solely the reason for contact, often his investigations end with other criminal charges as well., He had 169 drug charges that contributed to his 79 misdemeanor arrests and 71 felony arrests last year., For context, he filed more drug charges than any other troop in the state.

Trooper Bowman has been heavily involved with the Center for Restorative Programs (CRP), termed Traffic Circles for juvenile offenders. He has been working with the San Luis Valley youth in an attempt to keep them from becoming repeat offenders. Recognizing that education often has a better chance of having a lasting impact on a youth offender, has been motivation for troopers to attend these round "table-less" meetings several times a month. Trooper Bowman has received praise for his ability to make connections with the juvenile offenders during these sessions.

He is known for his hard work, commitment and passion to make a difference each day.

For his dedication to saving lives, Trooper Matthew Bowman is the 2016 Colorado State Patrol Trooper of the Year. 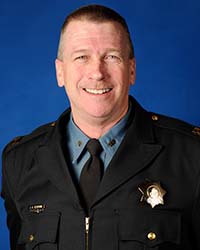 On November 15th, 2015, tragedy struck Troop 1C and the Colorado State Patrol Family., That day we suffered the loss of one of our own, Trooper Jaimie Jursevics., Captain Jeff Goodwin pushed forward past his own deep sorrow and sadness, and actively supported both his troopers and the Jursevics family as they began the grieving process., Over the course of the next 12 months he never faltered and never stopped giving of himself to the Jursevics family, the troop and the agency., He strived to find ways to help those in need through friendly conversations, arranging counseling opportunities and creating a safe environment for people to be heard. He maintained a positive outlook and dedication to not only the mission but more importantly the members of the agency.

Again, on November 25th, 2016, tragedy struck Troop 1C and the Colorado State Patrol Family., On this day we suffered the loss of our own Trooper Cody Donahue., This opened a mending wound not just for the agency but even more so for Troop 1C, District 1 and now another family of ours, the Donahue's. Determinedly, he once again began acting to support and console not only Trooper Donahue's family, but also the Jursevics' family and a troop office full of their friends and colleagues., Captain Goodwin continues to spend countless and untold hours making himself available to the families, the troopers and the public who so dearly wanted to pay their respects., He organizes and supports opportunities for the Troop to grieve and spends time with Cody's family, all while fulfilling his duties as a Troop Commander.

As the agency continues to reel with sadness and sorrow for the loss of two beautiful lives, we are also in awe of the strength and determination of Captain Goodwin as he selflessly provides support and caring to all those involved. It has been said that in calm water every ship has a great Captain, however the true test of a great Captain is how they command during horrific storms. Captain Goodwin faced the most terrible circumstances a commanding officer can face and has done so twice., His leadership and humanity shines during this time and is an extraordinary example for all who share his title and those to follow. Captain Goodwin lives the motto of Our Family Protecting Yours. 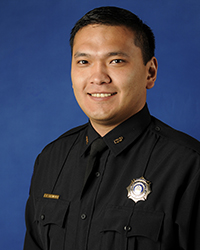 With a strong will to persevere, Officer Suleimenov has overcome sacrifices and adversities to become one of the Colorado State Patrol's most valued members., Starting his career in 2014, he displayed an outstanding desire to support the goals of the Colorado State Patrol. He possesses a Level 1 safety inspector certification and has completed training in the areas of hazardous materials, cargo tank and bulk packaging transport. Throughout 2016, Officer Suleimenov led his port in the number of safety inspections completed and is ranked second for the Motor Carrier Services Branch with a total of 466 safety inspections., In May of 2016 and again in August of 2016, he contacted drivers that were under the influence of drugs or alcohol, and both of the contacts resulted in arrests. He is meticulous when performing his duties and continually challenges himself and the other officers in the port to ensure proper enforcement actions are taken, but most important is the extra effort he puts forth on educating drivers., When performing safety inspections, he is patient with drivers, taking the time to explain violations and what measures need to be taken to gain compliance.

Officer Suleimenov consistently displays strong work ethic, takes his job seriously and takes great pride in the work that he does., He is fluent in five languages and has served as a translator throughout the Colorado State Patrol., He is always willing to help his fellow officers and the management team in any way that he can, trading shifts, sharing his computer knowledge, and volunteering for extra duties with his enthusiastic, "get it done" attitude. Through his innovation, he developed a method to track our traffic patterns and is responsible for updating this helpful data on a monthly basis. Officer Suleimenov simply does not settle for average, goes above and beyond with every challenge, accepts responsibility and presents himself in a manner that best reflects our Core Values of Honor, Duty and Respect. 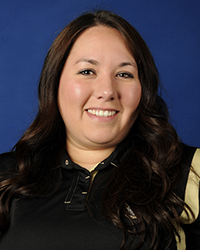 Communication Officer Monica Laut has proven to be a competent and dependable Communication Officer who consistently goes the extra mile., She gives her best effort on each and every call and is professional and caring with everyone she comes into contact with., From minor calls to critical incidents, she takes the same thorough approach to ensure excellent customer service.

Ms. Laut has become an expert in handling difficult Safe2Tell calls. In 2016, she received four separate written commendations for her efforts in assisting school children., She has a knack for gaining the information necessary to help kids through text messages. She is able to establish a rapport with these anonymous callers and gain their trust. These skills have led to her being able to provide assistance to children who feel threaten, afraid or are in danger.

Since joining the CSP in 2014, Ms. Laut has worked diligently to master her job performance and strives to be a team player. She is conscientious, conducts herself with poise and is compassionate., Communications Officers save lives each day. While we may not be able to keep tally on the lives she's saved, she serves as the life line to not only those seeking emergency services, but also first responders. Ms. Monica Laut takes pride in her work and excels as a member of the Colorado State Patrol. 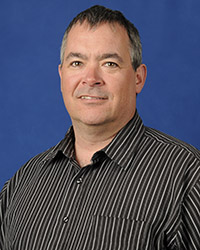 Over the past year, Mr. Leary has brought about significant positive changes to the CSP Academy Food Service program. By utilizing his talent and passing on his knowledge, he has transformed the quality of food from that of a school cafeteria to that of a good family restaurant. In doing so, he has not only improved the quality of the food served to patrons of the Academy, but has also given offenders working in the cafeteria meaningful real-world skills. Skills that may be used upon their release towards gainful employment, and lessening the likelihood of recidivism., This also helps to portray the Colorado State Patrol in a positive light to those who may otherwise have ill-will towards law enforcement.

Mr. Leary continues to complete a top-to-bottom assessment of the food program, making adjustments to when ingredients are used and purchased, all while improving the taste and nutritional quality. With creativity and experience, he is able to accomplish increasing food quality while saving the Colorado State Patrol thousands of dollars in food production costs.

He is described as a positive leader amongst his peers, offers excellent customer service, and respects all those he works with., His passion to provide the heart of the Colorado State Patrol with not only good food, but a place for our members to come together and enjoy, a meal. He is positively impacting our culture as we gather, share stories, mentor, listen and laugh over a meal - as members of the Colorado State Patrol.