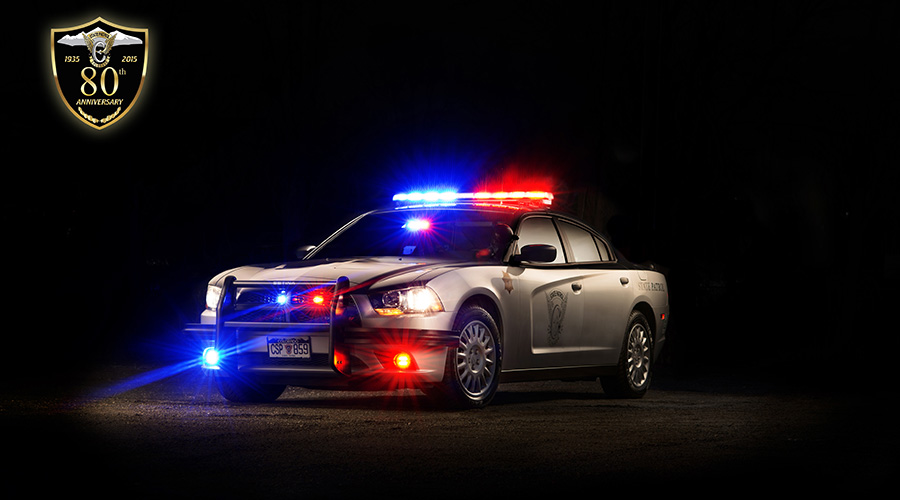 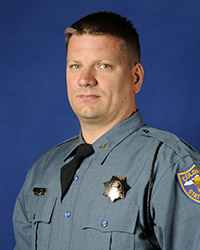 Trooper Heath Roe has been a dedicated trooper for 9 years and has served in the Motor Carrier Services unit since 2011. Trooper Roe is a leader within the 1C troop, regularly organizing commercial motor vehicle inspection team operations with the local troopers. In addition to his MCSAP duties, Trooper Roe continually assists the Castle Rock troop with calls for service when he is available. This includes taking calls for crashes, and assisting on snow days which has earned him both verbal and written accolades from the supervision in 1C.

On June 6, 2015, Trooper Roe was in plain clothes on duty and traveling to a MCSAP event., While monitoring the Troop 3-D channel, he heard radio traffic regarding troopers being shot at on I-70. As he traveled on C470 he notified supervision of the incident, and made the decision to respond to the shooting., Upon his arrival, he took a position of cover on an off ramp to maximize his safety and observe the incident., After the suspect was incapacitated by an Arapahoe County Deputy, Trooper Roe stayed in his position and protected the integrity of the scene until he was released.,

"Trooper Heath Roe continues to impress me with his selfless acts of assistance to my troop during inclement weather and short staffing days. He is always willing to help while putting his assignment on the back burner for a few minutes."

"I have found Trooper Roe's professionalism to be unmatched when dealing with Commercial Motor Vehicle customers in my office during inspections."

On August 25, 2015, Trooper Roe was on routine patrol on I-25 south of Castle Rock in the southbound lanes., Preparing to initiate a traffic stop, when he checked his mirror he saw a cargo tank explosion., He immediately requested additional units, and a response from the fire department., Without hesitation, Trooper Roe positioned his patrol car in the traffic lanes, in front of the stopped vehicles approximately 75 yards from the fully engulfed cargo tanker. He observed the driver near the engulfed cargo tanker, and yelled at him to come to him. When the driver got to Trooper Roe, he ascertained what commodity was in the tank., This allowed responding HAZMAT and fire units advanced knowledge of what they would be dealing with., Trooper Roe received positive accolades from Captain's Goodwin and Aldridge for these actions.

On November 15, 2015 Trooper Roe was off duty and traveling home with his family on the I-25 frontage road., He noticed emergency lights on the I-25 southbound side at approximately MP 175, and traffic stopped., Trooper Roe noticed a person lying on the shoulder, and immediately stopped his vehicle., He ran across SB I-25, and discovered the injured person was Trooper Jaimie Jursevics. Trooper Roe checked for vitals, and notified the Denver Communications Center via Trooper Jursevics' radio of what had happened. Trooper Roe and Sgt. Caldwell checked for a pulse and attempted CPR in an attempt to save the life of Trooper Jursevics. 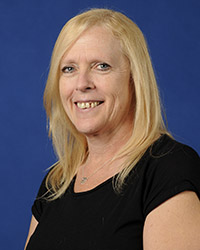 Throughout 2015, Ms. Griggs developed and refined business processes related to Colorado State Patrol vehicle allocation, assumed a formal role advising other division's vehicle coordinators on smart fleet processes and established a culture of learning across her area of responsibility. For special events, Ms. Griggs planned and delivered a completely new package of vehicles for the US Pro Cycling Challenge which helped to ensure that our agency truly shined!

Ms. Griggs assumed a leadership role during the Support Services Branch Director's vacancy and led the team while providing oversight and offering her expertise in day to day operations. Ms. Griggs was instrumental in the transition of Directors and continues to provide the new Director with keen insight and sound advice.

Ms. Griggs has distinguished herself as an exceptional leader. Karen has brought a completely new level of leadership to not only Fleet but to the entire Support Services Branch., Her attention to detail is second to none. Karen is very approachable and always generous with her time. Her level of expertise in fleet operations is very apparent and is a direct result of her many years of experience with fleet operations

It is Karen's priority to help not only every member of the branch succeed but every member of the Patrol. Her work supports the men and women on the road each day. It is her goal to ensure these members are equipped with the most efficient and effective tools to do their job each day.

No matter the request or how short notice the request may be, Karen always comes through and goes above and beyond in taking care of her customers. She is a proud member who reflects our Core Values and is representative of "Our Family Protecting Yours Since 1935." 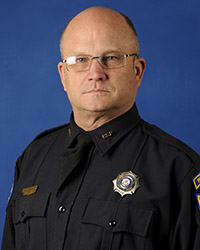 Throughout 2015, Officer John Heyne distinguished himself as an exemplary Port of Entry Officer. He is ever vigilant and ensures that to the best of his ability, the roadways of the State of Colorado will be safe for everyone.

In 2015, Officer Heyne contacted five Commercial Motor Vehicle (CMV) drivers who were impaired by drugs and/or alcohol. Three of these five contacts were in the month of March alone.

Officer Heyne continues to excel as a Level Ill inspector and has established himself as a local expert. He completed over 600 Level III inspections in 2015, far exceeding the number of inspections completed by any other port officer or inspector in Colorado. Officer Heyne is very meticulous with each and every inspection he does to ensure that drivers are accurate with their entries which resulted in 768 violations. Five of those contacts had outstanding warrants. In addition, he made contact with at least 20 drivers who were operating vehicles without a valid commercial driver's license.

Officer Heyne puts forth a 100% effort into the duties of the job that he has been entrusted with. He strives to conduct his duties in an exemplary manner at all times while maintaining a very positive attitude and demeanor. Officer Heyne regularly receives compliments from the drivers he has interacted with, even after they have received a citation!

Officers like John Heyne don't come along very often and he would (and often does) say that he "is only doing his job". For more than five years, Officer Heyne has shown that will not settle for anything less than perfection! 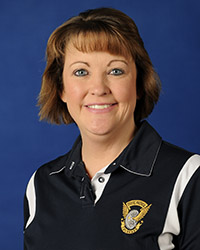 On the night of April 24, 2015, Bonnie took a 9-1-1 call of an accident involving a side-by-side ATV that occurred in a private driveway., The ATV had rolled over and a young boy had been ejected., He was unconscious and had stopped breathing., Following EMD protocols, Bonnie talked the party on scene through performing CPR on the child., She stayed on the phone with the party while coordinating the response from sheriff's deputies, fire, and EMS responders., After the event was over, many of the first responders complimented Bonnie on the way she handled the incident. They stated that it was a horrific scene and one that they will never forget.,,

As if this weren't enough for one day, minutes after this call was completed Bonnie took another 9-1-1 call reporting a domestic assault involving an intoxicated male with a knife at the far west end of the county., She was able to compose herself and handle the call for service with a calm demeanor and the professionalism expected of a true Communications Officer.

In addition to her regular duties, Bonnie serves our agency as a Communications Training Officer., As a CTO she is extremely diligent in how she trains., She ensures that her trainees fully understand what they are being taught and does so in a style that she adjusts to each student, a sign of a mature and effective teacher.

Bonnie also heads up our center's warrants team. As such, she developed a manual for the Communications Officers to follow when processing warrants. She also works on validating all warrants and various CCIC entries for the agencies we serve to maintain our records according to standards.

Bonnie has received numerous compliments concerning her exceptional work from the officers she serves as well as members of the public, to include city council members. It is a privilege to nominate Bonnie Stewart for the Communication Officer of the Year for 2015. 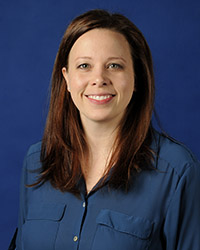 Ms. Sarah Allen is the Colorado State Patrol Director of Strategic Operations. She has been a member the Patrol since 2008.

During 2015, Sarah led the Patrol's development and management of several successful initiatives that have garnered national acclaim., Sarah developed a strategic plan to ensure that the Patrol's goals and objectives are meeting not only the needs of the agency and the citizens of the state, but embraced strategies to impact national level challenges facing law enforcement today. This document has also been identified by the Governor's Office and the Colorado Joint Budge Committee as a best practice.

Sarah also was instrumental in the development and application of a public opinion survey that utilized innovative and effective customer engagement methods that resulted in a significant increase in participation that exhibited our members at the highest level., Her abilities to forecast problems that can be addressed through proactive strategies ensure that the members of the Patrol are working towards successful efforts to achieve both national and local objectives.

Sarah is described from both uniformed and civilian members as a humble, competent and engaging leader who's communication skills are second to none. She engages those around her to seek positive conclusions to challenges and goes out of her way to ensure teamwork is paramount on all of the projects she is involved in. Sarah has earned the respect of all her peers and her supportive and positive demeanor make her a valuable resource to all members. It is an honor to award Mrs. Sarah Allen the 2015 Civilian of the Year Award.